It’s hard to believe that it hasn’t even been a month since the initial launch of the Google+ social network – harder still to believe, when you consider all of the hype surrounding a company that isn’t even open to general membership at the moment.  And yet, recent survey results show the web’s newest social network charting a growth path similar to the early Facebook.
Is it possible that Google+ could overtake Facebook in terms of member size?  And if this were to occur, what does it mean for website owners who are already struggling to maintain a presence on multiple social media channels?
First, let’s look at the data. A recent Bloomberg/YouGov survey of adult internet users found that although the current number of adults on Google+ lags behind other second-tier social networking engines like LinkedIn, Twitter and Myspace, the number of adults who plan to join Google+ within the next year could cause the site to become the second largest social networking site within a few short months.

The survey also revealed a number of interesting facts about the demographics of Google+ users.  For example:

To achieve this type of growth within the first month of a site’s debut is tremendous; especially considering how skeptical many social media insiders were of the site following Google’s failures with the Buzz and Wave projects.
But despite these initially promising numbers, there are some signals that Google’s growth might not be as rosy as surveys like this would have you believe.  Here’s why
Engaging with multiple networks can lead to burnout.  There’s no doubt that the people who choose to be active with social networking commit a serious amount of time to maintaining their profiles and connecting with friends.  Add yet another social networking service to the mix, and this engagement gets spread even thinner.  As JR Raphael of PC World says:
“First, my virtual life is already overflowing with a surplus of social services. I get recommendations from friends and colleagues on Facebook. I get links all day on Twitter. My inbox oozes with references and referrals. The last thing I need is one more place to find endorsements and share suggestions.”
There are also plenty of concerns about information security and private data being shared or exploited inappropriately on the Google+ network.  This is because Google+ is more than just a social network – because the “likes” and “+1’s” generate by users on the site could play a role in which results are reported on your search engine results pages, the site is technically also a player in the social search field. And while there are certainly instances where it might be useful to know if your friends approve of a particular restaurant in your area, there are also plenty of people who are wary of Google having access to that much of their personal data.
It’s worth keeping in mind that, in order to use the Google+ social network, participants must have an active, public Google profile.  Certainly, those who are used to sharing the intimate details of their lives on other sites like Facebook will have no qualms about forking over their personal information, but this development is giving plenty of web strategists – like Lisa Barone of Outspoken Media – pause:
“I see us willingly giving Google a complete blueprint of our personal and professional social connections. I see Google Profiles and Google Friend Connect being used to create one user/password to unlock your entire personal Internet. I see a Google Internet secured by a Google Social Network, a place where you either exist or you don’t, where you’re either competing or you’re not.”
Of course, at this point, any speculation about the future potential growth of the Google+ network is simply that – speculation.  For one, the site remains in it’s “by invitation only” phase, and even that has been shut down due to exceeded capacity, so no new members are being added at all right now.
It’s also important to remember that surveys have their limitations as a research tool.  For this specific survey, only 1,003 people were interviewed – an incredibly small sample size considering that Facebook has over 700 million users.  There is also no mention in the survey summary of how the participants were selected, though it stands to reason that people who are engaged early adopters of new social networking sites might also be more likely to volunteer their opinions about said services.
It’s also important to remember that any extrapolations made from these small sample sizes will have their own weaknesses.  Of the 9 million estimated people who plan to join the Google+ network in the next year, some may lose interest, while others may eventually decide against expanding their social networking profile.
But for the purposes of this article, let’s consider what would happen if Google+ did continue its current growth trajectory, siphoning away frustrated Facebook users and eventually overtaking the world’s current “super power” social network.
If this were to come to pass, website owners have two major concerns – maintaining activesocial networking profiles on multiple sites and optimizing their sites to take advantage of the power of social search.
The first of these concerns – balancing the time investment needed to participate in multiple social networks – can be addressed by identifying where the site’s target customers or “community” spends most of their time.  For example, if Google+ remains largely young and male, website owners targeting female demographics might have better luck investing time and effort into sites that cater more closely to these groups.
The second concern is a little more difficult to address.  In the past, website owners simply needed to follow a set of defined recommendations called search engine optimization (SEO) in order to have their sites show up first when specific keywords are entered into a search engine.
However, the implementation of social search could make it more difficult to achieve these top rankings by giving preference to sites that the friends of a searcher have “+1’ed” using the Google+ toolset.  And although this idea is frustrating to many website owners who have invested heavily in SEO, it isn’t cause for alarm – just a slight adjustment in strategy.
Instead of writing for the search engines when it comes to building content for your website, you’re now writing for people – actual people who want to find and read good content, then share it with their friends.  Focus on building this great content now, and you’ll definitely see the rewards, whether or not the full potential of the Google+ social networking site and social search features are ever fully realized.
Intuit Websites Blog
Posted by The New Normal...Not
Newer Post Older Post Home

Social Media as the new advertising forum is very confusing for many business owners. It is our hope that the tips and discussions found here will help take the mystery out of blogging, posting and tweeting. We will discuss the Who, When, What, and Where of social media. When you are ready to join the conversation, give us a call, or a tweet. 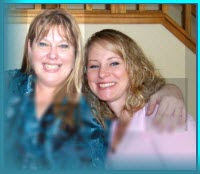